"I'm not alone": Opening up about prenatal depression

Prenatal depression—one of many perinatal and postpartum mood and anxiety disorders that are extremely common—affects as many as one in seven women according to the American College of Obstetrics and Gynecology. 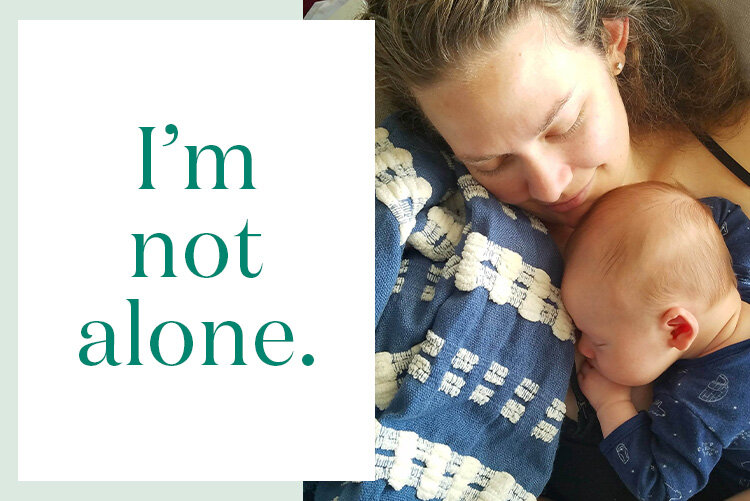 Prenatal depression—one of many perinatal and postpartum mood and anxiety disorders that are extremely common—affects as many as one in seven women according to the American College of Obstetrics and Gynecology.

For Mental Health Awareness Month, we’re honored to share a story from one Maven member, Richelle Clayton, about her silent struggle with prenatal depression during her pregnancy.

Now a busy mom to a healthy 18-month-old boy, Richelle has kindly shared her courageous story with us—opening up about her isolating and often overwhelming pain—to help other women understand that there is no shame in struggling with mental health during or after pregnancy, and that you are not alone. The support she received on Maven and her experiences during and after her pregnancy inspired Richelle to become a certified childbirth educator and begin training as a full-spectrum doula to help as many other women as possible to feel less alone. Connect with Richelle at frompregnanttoparent.com or on Instagram at @frompregnanttoparent.

I battled with prenatal depression and I am not alone

By Richelle Clayton, a Maven member

Being pregnant was not my favorite experience in the world. I mostly hated it. Admitting that has always come with some amount of guilt, but it’s true. I was twenty-nine years old, happily married, and financially stable having a “normal” and “healthy” pregnancy. There was no reason to be anything other than a glowing and excited soon-to-be mom. Except that I wasn’t. Instead, I was silently suffering from prenatal depression. For the better part of those nine months, I was stuck in a vicious cycle of dread, guilt, and shame instead of the joy I thought I was supposed to be feeling. It was isolating.

It started with my first ultrasound when we couldn’t find a heartbeat. I was terrified by the possibility that I had “willed” this pregnancy away. That’s not a thing, but it didn’t make the fear and guilt any less real. As it turns out, we had the date of conception wrong. However, those feelings didn’t go away after we discovered the truth a few weeks and blood tests later.

Eventually, those initial mixed emotions turned into an overwhelming sense of dread. It wasn’t there every moment or even every day. It would come and go at varying intensities. I mostly kept my struggles to myself as I continued searching for joy, trying to come to terms with my new identity, and battling the fear that it could all go terribly wrong at any moment. I waited until I was solidly in my second trimester before even telling some of the closest people in my life that I was pregnant. When I started showing, I knew it was time to reluctantly let in more support.

As our baby started kicking, I tried desperately to connect with this little miracle and appreciate the “magical” things my body was doing. I took bump pictures and hosted a gender reveal party that I was certain would help me fake the excitement and turn it into something real. It didn’t. I nested…and nested…and nested…and nested leaning into what I could control in the hope that the more I filled our home with signs of our new reality, the more it would start to feel “right.”

As I grappled with the undeniable, overwhelming amount of change that was happening and still to come, there were times when it just made sense to start over. I’d sit alone in our office searching for a fresh start hundreds or even thousands of miles away thinking, “It will be you and me against the world, baby.” In the Lifetime movie playing out in my head, I’d reinvent my identity in a wonderful, supportive community that would rally around us. We’d somehow be okay.

Other days, I’d sit there googling what my options were when it came to adoption. After all, it wasn’t supposed to be this hard. It wasn’t supposed to be this scary. There are so many women out there struggling to get pregnant who would scoff at me for being anything less than thrilled, right? What was wrong with me that I didn’t feel attached to this baby growing inside me? What if I never loved this baby the way it deserved? Clearly, I wasn’t the right person for the job. Perhaps the best thing I could do for this baby was give it away.

On my worst days, I’d hold my breath for as long as I could wondering if it’d just be easier if that next breath just didn’t come.

I shared just enough of what I was feeling with my OB to receive a list of resources I never used, to brainstorm things I could still do that would help me feel like me, and to have a game plan ready for how we would treat my seemingly inevitable postpartum depression. The only problem was, I wasn’t taking care of what I was already experiencing. I had prenatal depression.

We don’t talk about our mental health enough. There are stigmas, misconceptions, and limited awareness within most societies. When it comes to mental health disorders in new and expecting moms, we’re starting to hear more all the time about postpartum depression, but prenatal (also known as perinatal or antepartum) depression and many other pregnancy-related mental health disorders aren’t often talked about though they should be.

I was ashamed that I was feeling overwhelming depression instead of unbridled happiness, but I was not alone. You are not alone, and there is nothing shameful about it.

“I was ashamed that I was feeling overwhelming depression instead of unbridled happiness, but I was not alone.”

Becoming a parent is new and scary territory that comes with a new level of responsibility. On top of that, you’re navigating a tremendous amount of physical change. Your body is going through massive hormone fluctuations, your sleep is disrupted, and your exercise and eating habits have likely changed. It’s no wonder why more women don’t experience some amount of depression or anxiety. There is nothing wrong with feeling this way or needing help.

When I finally admitted just how much I was struggling in my third trimester, my mom was on the next flight out. Shortly after, I connected with a wonderful Maven mental health specialist who validated my experience and helped me feel heard. When you let people in, they tend to show up.

It’s still hard for me now to think back to my pregnancy, relive those feelings, and write the words “I had prenatal depression.” I actually cried a few times writing my story. I wish I could step into a time machine, give myself a hug, and say, “It’s going to be okay. Ask for help. I promise, it gets better.”

I am so grateful I didn’t cheat myself out of the love I feel for my son, the blessing it is to be his mom, and the joy I get from watching my husband be a dad. My current reality is so much better than the very unrealistic Lifetime movie that once played in my head ever could have been.

If you are fighting this battle right now, I promise it gets better. Maybe not right now, maybe not tomorrow, and maybe not even immediately after your baby arrives. Eventually though, it will get better. Hang in there, momma. You are brave. You are strong. You are worthy of love and support. And you are not alone.

Maven is the benefit employers need 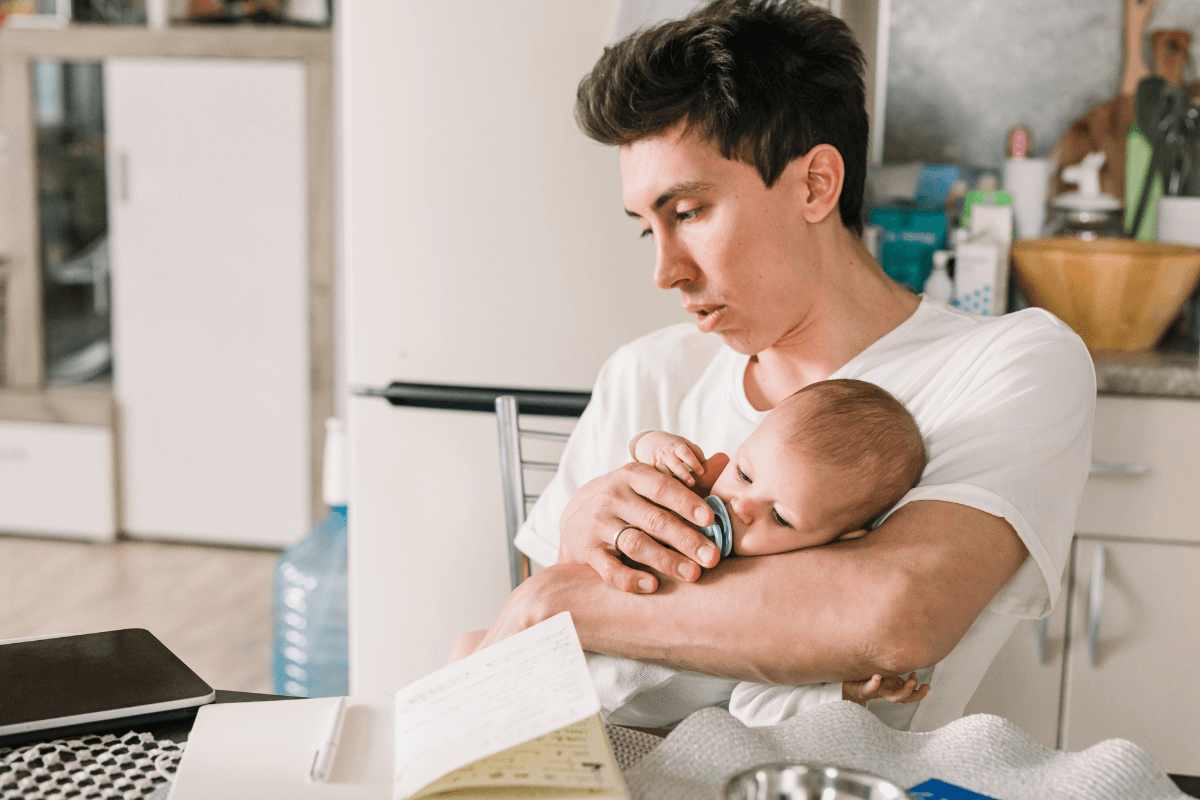 While the recent trend of candid discussions about mental health has brought the topic into the spotlight, data suggests one group is still not accessing the mental health care they need: fathers. 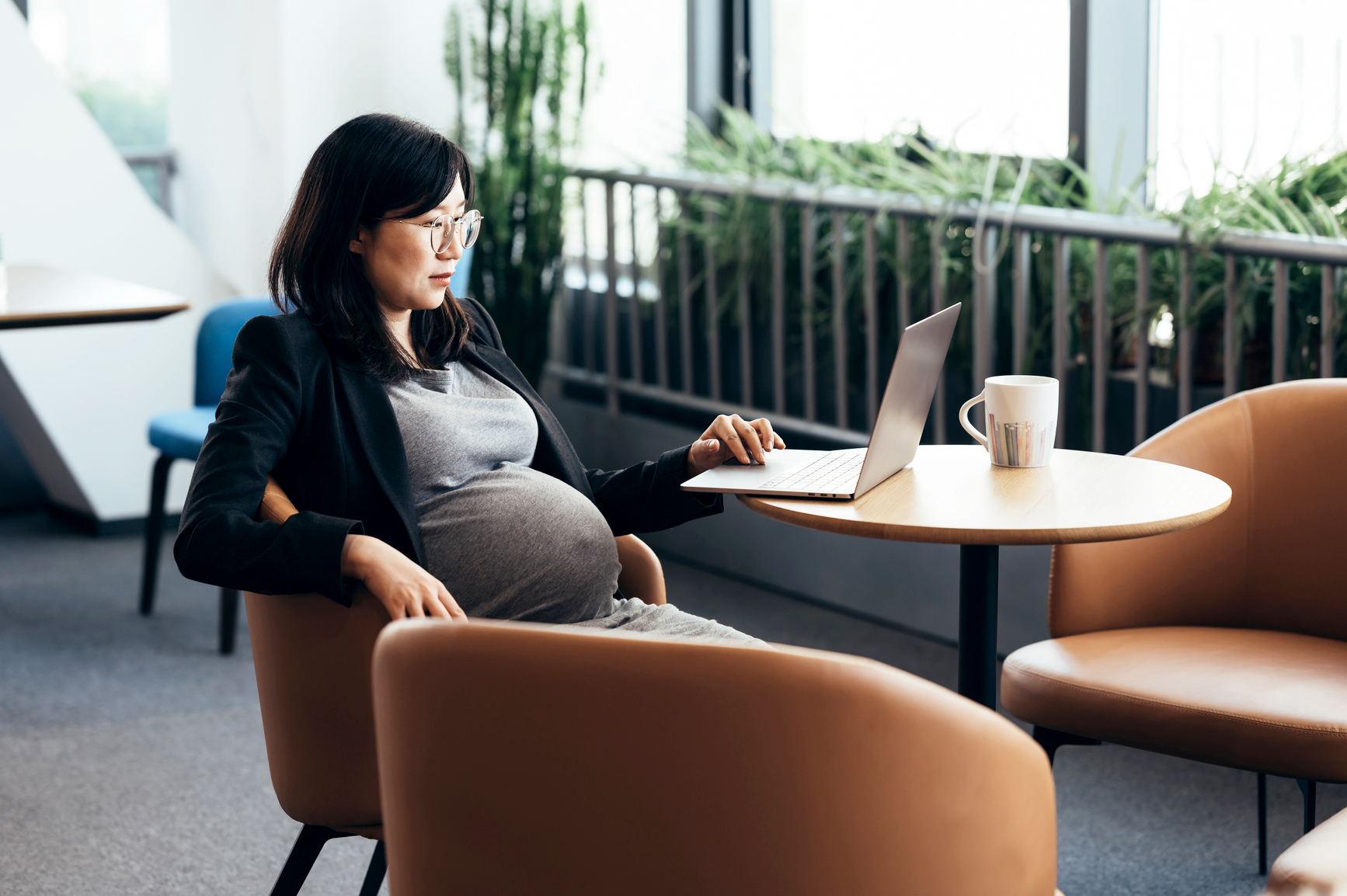 Insights
Why we need to prioritize lowering C-section rates

The rising rates of C-sections in the U.S. may be contributing to the maternal mortality crisis, especially along racial lines. 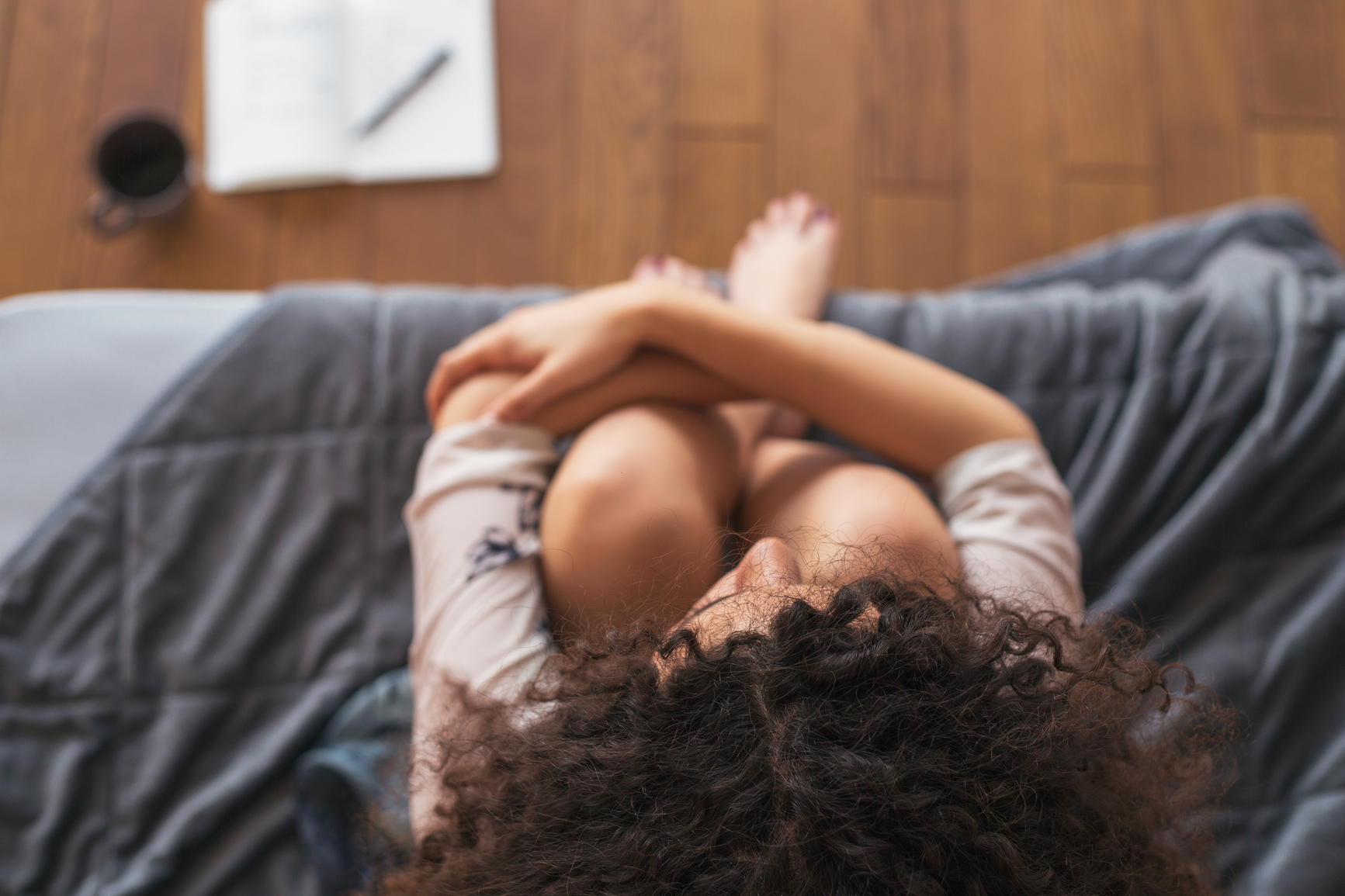 Kate Ryder read the Supreme Court opinion on Roe v. Wade with some shock and much disappointment. Here are her thoughts on Maven Clinic's role in this moment. 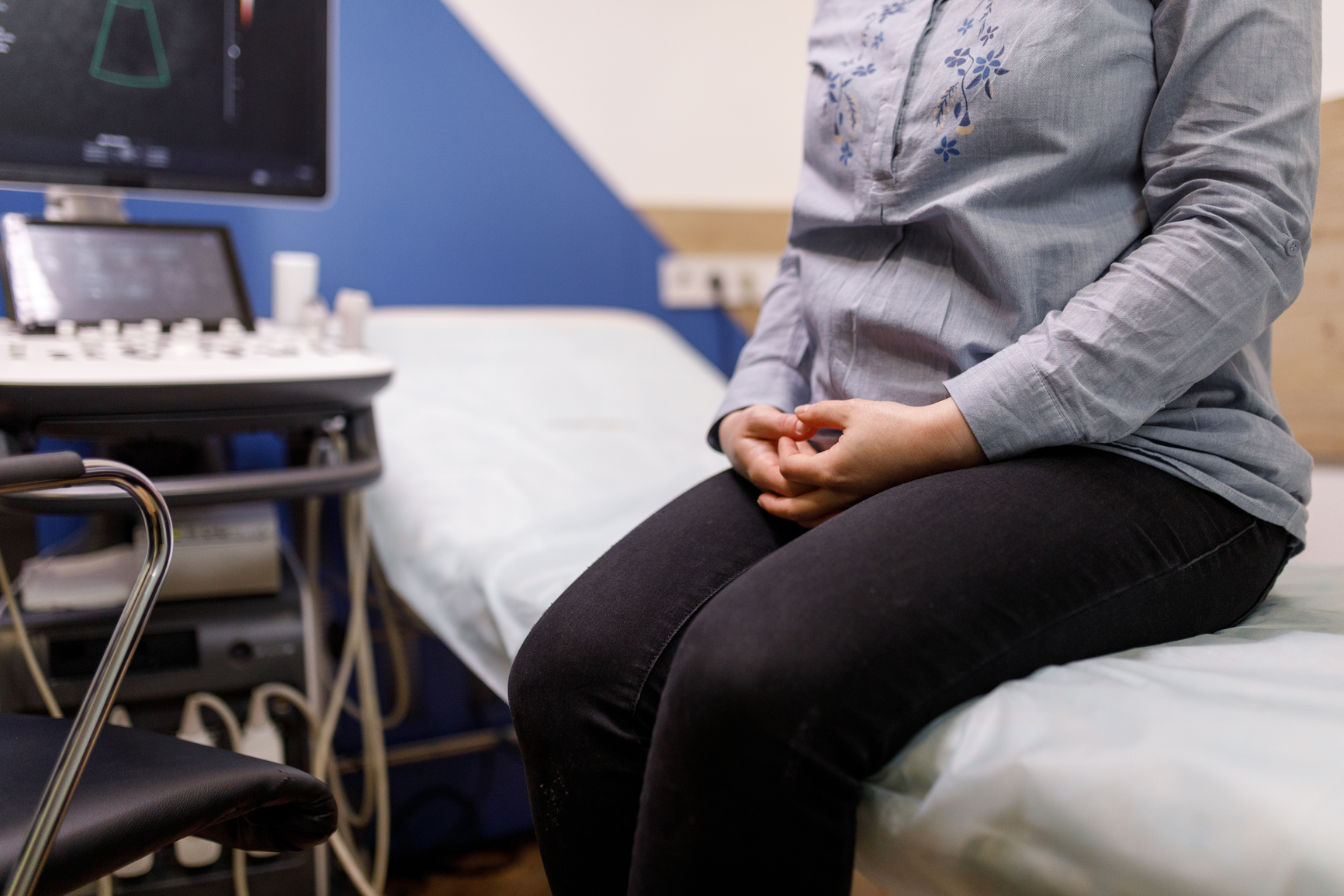 Insights
How to destigmatize infertility in the workplace

The simplest way to help employees through the stress of infertility? Destigmatizing the issue in your workplace and providing crucial support, regardless of someone's pathway to parenthood. 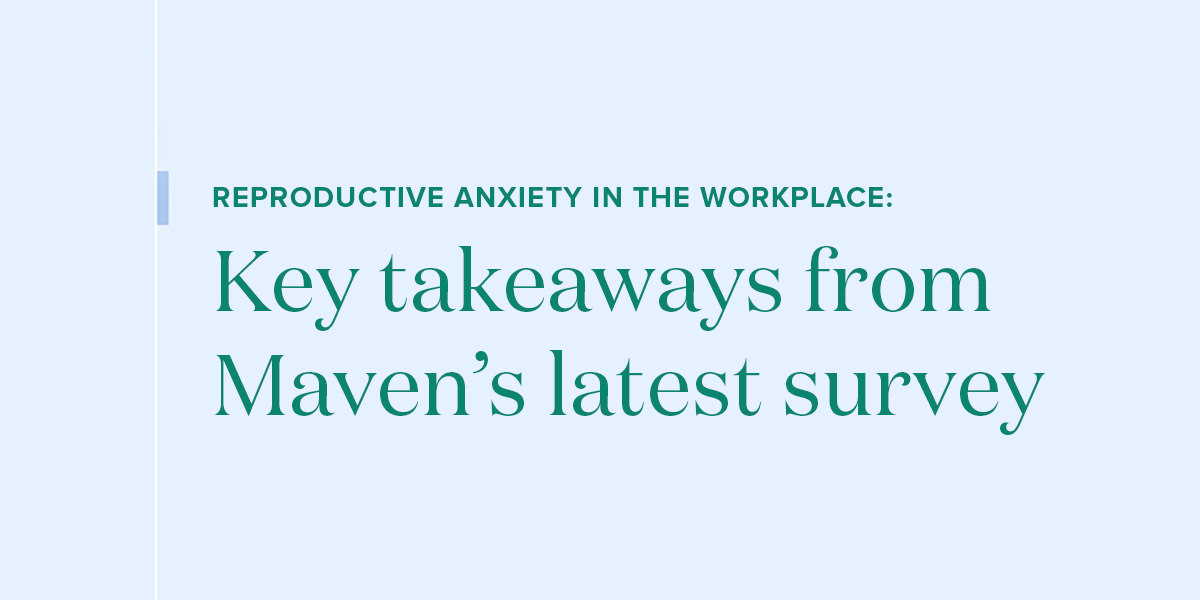 A new study from Maven shows that a majority of women experience anxiety around fertility, with many lacking reliable resources during their reproductive journey. 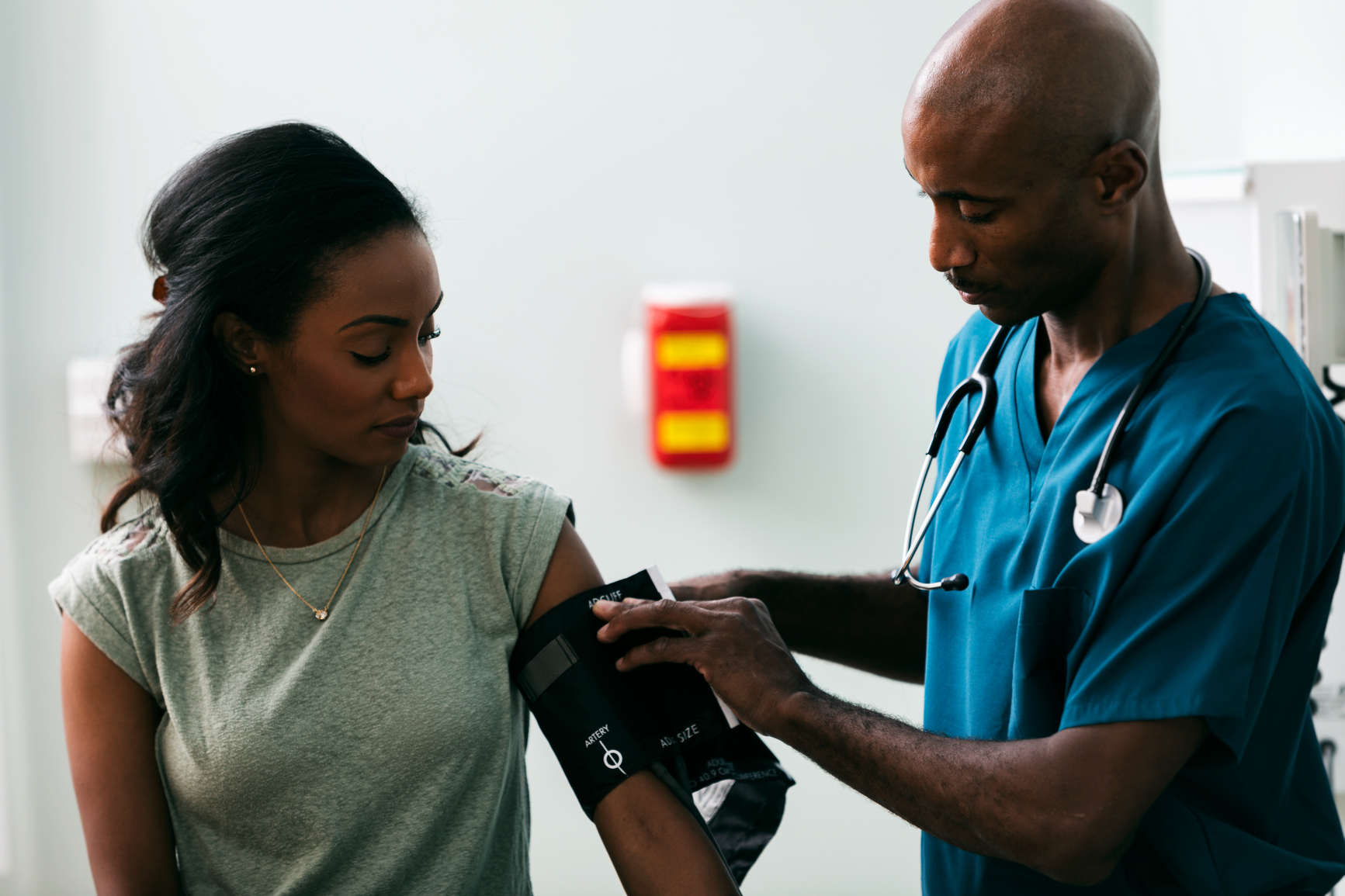 Insights
Disparities in maternal health: what you need to know

Learn about the impact of maternal health disparities and how to provide support for parents and parents-to-be in the workplace.